Women in politics are now no longer a particular talking point (or more pertinently, sticking point), and arguably, the depth of thinking and skills at multi-tasking are vital in the field.

So here, for equal amounts of information and indeed inspiration, is a succinct and informative guide to a successful career in politics.

Why Do You Want to Work in Politics?

Firstly, and perhaps most importantly, you should ask yourself and indeed, answer honestly, some fundamental questions.

A career working within the world of politics is a highly intensive, multi-faceted, and ever-changing way to spend your working life, and will be as rewarding as sometimes significantly emotionally challenging.

The Differences Between Politics & Government

It is also vital to point out that, contrary to popularly held beliefs, there are some key differences between a career in government and a career in politics.

As a late 2019 research study found, there are considerably more available job titles and associated pathways in governmental areas than in politics. From the same study, there were found to be approximately 3,957,149 government roles at the time in the United States alone.

Political job roles are much more cyclical, including various elected officials and political campaign workers, with the availability of jobs in politics therefore naturally becoming much more abundant during these key times.

Key Skills Required for a Career in Politics

If you are seriously considering a career within the political arena, it is necessary to be aware of the most important personality attributes, areas of knowledge, and key skills needed for success.

People working in politics need to have excellent public-speaking skills, even if the role they are aspiring to take is not a politician itself and must also possess natural skills at presentations and even pitching. In addition, you should have excellent handles on writing, grammar, and punctuation skills, and a keen and highly observant eye for detail.

The wonderful thing about working in politics is that you can move into the field with experience in many other sectors and industries, and ideally, the more people from different walks of life involved in the politics of a particular town or state, the better.

Following are the most rewarding and equally challenging career pathways in politics, other than pursuing a career as a politician itself and how much you are likely to earn when you qualify:

Professional and practicing political campaign managers earn, on average, between $57,000 and $62,500 a year and essentially run the entire ‘show’ for each year, leading up to the general election, and are effectively the operations managers of the political world. Public relations specialists, who earn around $61,430 a year, is a role which involves both independent work and teamwork to garner a strong public image of a particular politician in the eyes of the media, other politicians, and the general public.

Policy advisors are perhaps the most influential roles within the public-facing side of politics and are often one of the more aspirational roles within the field. Governmental policy advisors earn, on average, between $73,500 and $77,800 a year, and are the individuals who establish, manage, and initially formulate directions and policies of administrative offices.

Speechwriters are highly respected within the world of politics and play a crucial role, although they are rarely ever seen in public (much like other writers). Political speechwriters are responsible for drafting and designing important speeches for the politician to which they are affiliated and are directly responsible and indeed tasked with, positive audience response.

How to Become a Politician in the United States

If you are determined to become a politician, working for better and positive changes, then it is first necessary to successfully obtain an undergraduate degree in politics. When deciding on the right university and indeed the specific course which is right for you, be sure to check with CampusReel to ensure you are fully aware of all admission requirements.

To become a politician in the United States, a bachelor’s degree is virtually a minimum requirement but, aside from this, unlike other careers which have a definitive set of requirements, people enter politics in a variety of different ways and from a range of backgrounds.

A recent study conducted found that the following past jobs were held by former and current United States Senators and other Governmental Representatives, to name just a few:

How to Improve Female Representation in Male-Dominated Industries

The world of politics, just as with a myriad of other industries, is still affected by the imbalance between male and female workers, and although politics is not the most affected, there are still things to be done to ensure equality and fairness, not to mention general diversity.

There are, fortunately, plenty of ways to help bridge the gap and readdress this balance, not just in politics, but across all industries, such as actively highlighting women in these fields and making them role models for younger girls to look up to and emulate and offering promotions more readily for women already in the area.

Companies should start to offer mentoring programs and individual mentorships to rising stars within certain industries, ideally from a women’s perspective, as well as combating and questioning pre-existing stereotypes in different career pathways’ promotional material.

Other ways to improve female representation in more male-dominated industries include the better and more thought-out provision of resources for women who are fully immersed in the field and actively addressing and eventually entirely eradicating discrimination and harassment against women in the workplace. 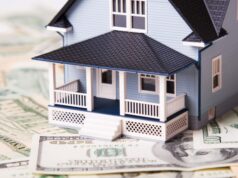 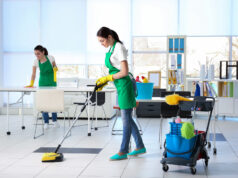 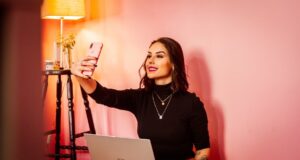